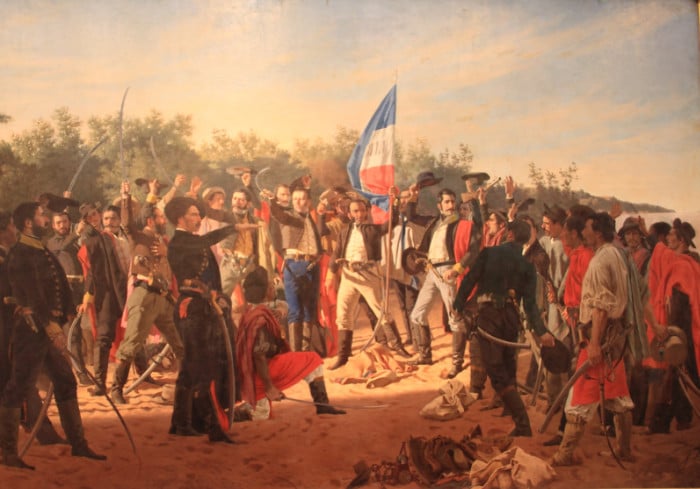 A little bit of History

Between Portuguese and Spanish

The Spanish Juan Diaz de Solis discovered the coast of Uruguayin 1516, and Cabot built the first fort on the rio San Salvador in 1527. However, the occupation was methodically pursued only in the seventeenth and eighteenth centuries. However, it was not until 1726 that the Spanish founded Montevideo, finally,in 1777, to sell the entire Portuguese colony, in exchange for land from the high basin of the Paraná River: the “Eastern Band”. The province marks the eastern limit of Spanish territory, bordering on Portuguese Brazil. Under the name of “Provincia cisplatina”, the territory, too eccentric, is only imperfectly controlled by the Portuguese Empire. Part of Buenos Aires, the so-called“Thirty-three Orientals”expedition, commissioned by Juan Antonio Lavalleja, occupies Montevideo in 1825. After two years of war, British diplomacy imposed in Rio de Janeiro and Buenos Aires the recognition, in 1828, of the Eastern Republic of Uruguay. The story of Uruguay’s birth is marked by its geopolitical situation, that of a buffer state between Argentina and Brazil, whichwill confront it by interposed factions.

In 1830, two forces will emerge that will dominate the Uruguayan political life until the 2000s: the whites (whites) and the colorados (reds). For the most part, the conservatives (whites) defend the interests of the big breeders, in front of the liberal urban bourgeoisie represented by the colorados. From 1843 to 1851, a civil war, called “great war”, broke out between the whites, supported by Argentina, and the colorados, which have French and English support. Finally, Brazil and Argentina impose the reconciliation in the country and, in exchange for their participation in the war, called “of the Triple Alliance”, against Paraguay (1865-1870), assure the power to the colorados, who will preserve it until 1958.
The Constitution of 1919 shares the executive power between the President of the Republic (elected for four years and not immediately eligible for reelection) and a Board of Directors of nine members, three of which must belong to the opposition party, in order to protect the country of the civil war.

From social democracy to military dictatorship

This is another coup d’etat bringing Gabriel Terra to power, which puts the country back on the road to “Batllism” in 1946. A new Constitution is drafted. The country, whose economy is flourishing, then has the most advanced social policy of the Latin American continent, but, since the late 1950s, the decline in prices on the international market for meat and wool does not allow plus the old compromise between safeguarding the interests of big landowners and redistributing national income. The degradation of the standard of living and the governmental corruption give the country to the urban guerilla that maintain, from 1965, the guerillas Tupamaros (name evoking the Indian revolt launched in Bolivia by Túpac Amaru II, in 1780). The army restores order in April 1972 with its victory against the guerrillas.
The regime is gradually hardening: political associations and activities are prohibited, many Uruguayans are deprived of their civil rights, torture and political imprisonment are frequent. The repression and the decline in purchasing power depopulate the country. It is estimated that during the “military regime” 350,000 to 500,000 people fled abroad . Uruguay, formerly “Switzerland of Latin America”, has become a “country of poor and emigrants”. 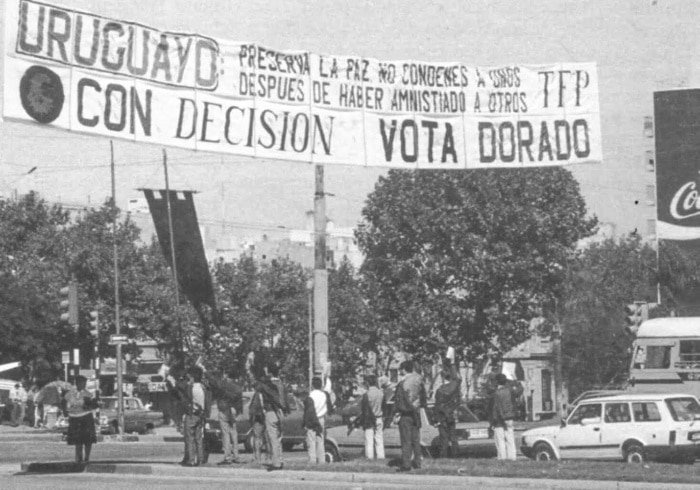 The return of political democracy

A new government took office in March 1985, headed by Julio Sanguinetti coloradoparty candidate. It immediately grants amnesty to all political prisoners. The election of November 1994 saw again the victory of Julio María Sanguinetti, Colorado Party. The latter embarked on a reform of the state and tried to make the country competitive, especially against its Mercosur partners, to which Uruguay had acceded as early as March 1991 In 1999, Colorado’s Jorge Batlle Ibáñez won the presidential election against center-left candidate (Frente Amplio) Tabaré Vazquez. He will succeed him by winning the presidential elections of 2004, confirming the left turn of Latin America after the victory of the more social candidates in Argentina, Brazil, Peru, Venezuela and Bolivia.
From 2005 to 2010, Uruguay was headed by Jose Mujica, known as “Pepe Mujica”, a non-conformist, poorest qualified president of the world. Former guerrilla Tupamaros, an extreme left movement advocating urban guerrillas, tortured under the dictatorship, Pepe Mujica just elected renounces his presidential emoluments donated to welfare associations. At 70 years old, he is satisfied with an income of about 600 euros per month that he considers largely sufficient to live comfortably. “Pepe Mujica” has always refused to settle in the national palaces, preferring to live in the humble ramshackle farm in which he still lives near the capital Montevideo.